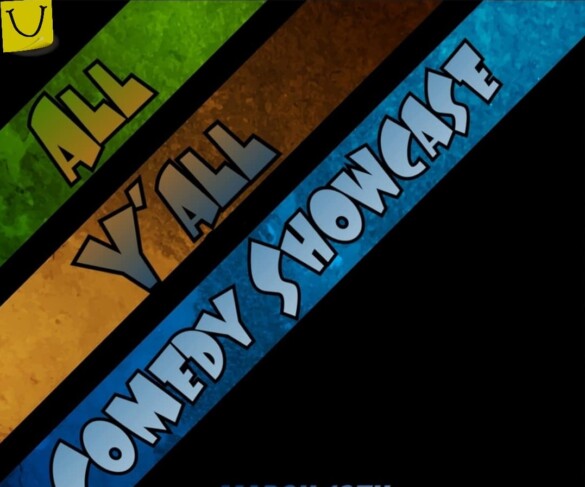 All Y’all are ready to laugh and we’ve got your fix. Tune in for a showcase of some of the funniest up and coming black voices on this side of the mitten.

This showcase will feature the wide variety of comedic styles of the black comedy scene.

A showcase for All Y’all! 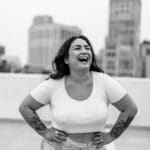 Johanna Medranda is both a finalist of the Gilda Radner LaughFest Roast Battle and a fan favorite of LaughFest’s “Dirty Show”. She has played for Bricks & Bridges Comedy Festival, StoopFest, two “12 Days of Grizmas” showcases, two of NPR’s WDET “What’s So Funny About Detroit?” showcases, produced and performed for The Motor City Comedy Festival, and was the first comedian to perform for So Far Sound Detroit. Johanna has opened for comedians Brody Stevens, Liza Treyger, Stavros Halkias, Nicole Schreiber, and Akaash Singh. You may have seen Johanna on the cover of Hour Detroit Magazine, featuring at The Milwaukee Comedy Festival, Mark Ridley’s Comedy Castle, The MadHouse Comedy Club, and the infamous Bonnaroo Music & Arts Festival. Outside of performing stand up, Johanna is the co-founder of Honorary Mentions Comedy, a producer for The Independent Comedy Club, 313 Comedy, and the host of Each Other’s Mothers podcast. 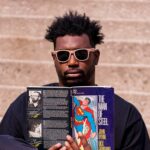 Ricarlo Winston is a self described blerd (black nerd) with a heart of gold and quick wit. He has entertained audiences all over Michigan and the midwest with his unique brand of comedy. Ricarlo’s comedy has been described as relatable, playful and fun. He weaves stories of his unique childhood growing up in Muskegon Michigan from having old parents to dealing with thieving cousins. His show is truly a journey of his life.He touches on topics from having no idea how to raise his kids to trying to navigate life in the digital age. Ricarlo is a comedian for every member of the family! 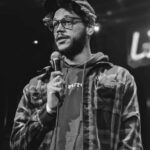 Grand Rapids Comedian, Hunter Miles has opened for names such as: Jeff Dye, Steph Tolev and Erik Griffin; and has featured for comedians such as Mary Santora and DJ Dangler. Hunter was semi finalist in the 2020 Funniest Person in Grand Rapids Competition and a finalist in the KingPin of Comedy Competition in 2021. As a young single father, Hunter covers a variety of themes from his own life, from a biracial background to drug addiction and recovery, to parenting. Funny and confident, there’s a relatability to every word he says even if you really can’t relate. He also runs a comedy show in Holland, MI called Comedy Night at Parrots Lounge and hosts a podcast called “Where is This Going?” – available on all streaming platforms 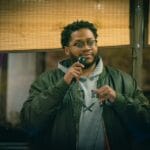 Devarron Thomas is an up & coming comedian & freelance photographer. He has been spotted out in NY, Austin Tx, PA, and in 2020’s laughfest comedy festival. 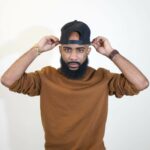 A fresh face to stand up comedy in Grand Rapids, Mi, with an interesting perspective on his own short comings. By bringing edgy wit, sarcastic nature,  and a little comedic charm only a natural entertainer can. He also finds ways to express his shared frustrations across multiple topics like, the struggles of being a girl dad, and sounding tall on the phone. Partnered with just the greatest personality, DAVID COLBERT (Cole-Bert),  is a COMEDIAN, WRITER, ACTOR, and ENTERTAINER. While new to standup comedy, for 4 years he has  found a way home on the stage for standup. He has performed on multiple open mic opportunities since 2018, traveled for festivals across the U.S., and has participated in comedy showcases in his own hometown (LaughFest 2019-2021). 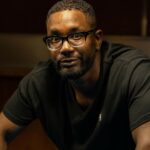 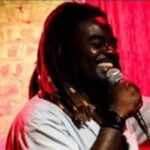 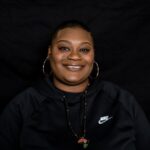 Brianna Blackburn
A Grand Rapids comedian bringing you real life problems in the form of jokes.