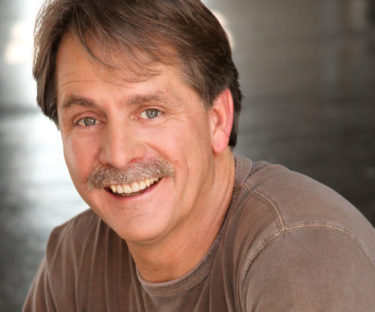 Gilda’s LaughFest organizers today announced Jeff Foxworthy will headline the 10th anniversary Signature Event. The 2020 Signature Event, “A Night with Jeff Foxworthy,” is a fundraiser for Gilda’s Club Grand Rapids and will take place Saturday, March 14, at DeVos Place in Grand Rapids. Foxworthy is one of the most respected and successful comedians in the U.S. The Grammy Award nominee and best-selling author of more than 26 books, is widely known for his redneck jokes, his act goes well beyond that to explore the humor in everyday family interactions and human nature, a style that has been compared to Mark Twain’s.

Tickets for “A Night with Jeff Foxworthy” are currently available for purchase.Table sponsorships start  at $3,000 for tables of eight. Individual tickets, which include dinner and a tax-deductible gift to Gilda’s Club Grand Rapids, are available for $250. Show-only tickets are available for $75.

During the 10-day festival, LaughFest 2020 will include more than 150 free and ticketed events featuring over 100 artists at more than 40 venues in Grand Rapids, Lowell, Holland and Wayland’s Gun Lake Casino.

LaughFest Packages are now on sale to the general public online or by calling 616.735.HAHA (4242). Packages are priced at three levels and will allow individuals to create customized ticket options for shows before individual tickets go on sale. Packages allow attendees the best seats to the best shows of the festival, and will include access to other perks, such as early access to additional single ticket sales and merchandise discounts. Orders received by December 11 are guaranteed to arrive in time for Christmas gift giving.