The nation’s first-ever community-wide festival of laughter Gilda’s LaughFest is celebrating its 10th year and today the first round of talent and shows for the March 5–15, 2020 festival was announced.

Maria Bamford will perform on Friday, March 13, at Wealthy Theatre. Known for her deeply personal and experimental comedy about mental illness, Bamford is the first female comedian to have two half-hour Comedy Central Presents specials. She has created and starred in the cult hit web series “The Maria Bamford Show”, in which she plays all the characters. Additionally, Bamford starred in the surreal, semi-autobiographical Netflix comedy series “Lady Dynamite” about a comedian who suffers a nervous breakdown. This is Bamford’s third LaughFest appearance.

Ralph Harris will perform at Gun Lake Casino on Thursday, March 12, and at Larkin’s Other Place in Lowell, Michigan on Friday, March 13. His first feature film acting role was in “Dreamgirls” after years of successful television work. Harris is best known for his starring role in the ABC-TV sitcom “On Our Own,” which aired during the immensely popular TGIF block on Friday nights, and which currently airs in syndication.

Russell Peters, comedian, actor, Peabody and Emmy award winning producer, will perform at DeVos Performance Hall on Sunday, March 8. Peters has recently been named one of Rolling Stone’s “50 Best Comics of All Time.” He is also the first comedian to create a Netflix special and has been named on the Forbes List of top ten highest earning comics in North America five times.

JP Sears will perform at the Pyramid Scheme on Friday, March 6, and Saturday, March 7. The work of this YouTuber, comedian, emotional healing coach, author, speaker and world traveler, empowers individuals to live more meaningful lives. He encourages healing and growth through his humorous and entertainingly informative online videos. Sears is also the host of his new podcast, “The Awaken with JP Sears Show.”

Miranda Sings, featuring special guest Colleen Ballinger, will perform at the Fountain Street Church on Friday, March 6. The actor, comedian, trained vocalist, writer and executive producer is best known for portraying her character, ‘Miranda Sings,’ a personality that is the polar opposite of Ms. Ballinger. Ballinger can currently be seen as ‘Miranda’ on the Netflix Original series, HATERS BACK OFF, which she created and executive-produced. This is Sings’ third LaughFest appearance.

Justin Willman will perform at Fountain Street Church on Saturday, March 7. The magician/comedian premiered his six-episode magic series on Netflix entitled “Magic For Humans with Justin Willman.” In the series, Willman brings his skills as a magician to the strange and misunderstood subcultures of America, while incorporating his disarming demeanor into street magic and social experiments that will boggle the mind. This is Willman’s third LaughFest performance. 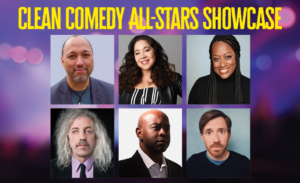 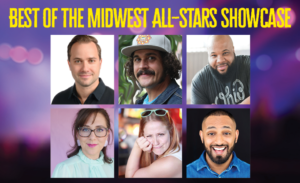 During the 10-day festival, LaughFest 2020 will include more than 150 free and ticketed events featuring over 100 artists at more than 40 venues in Grand Rapids, Lowell and Wayland’s Gun Lake Casino.

LaughFest Packages will go on sale to the general public at 9am, Nov. 19 at laughfestgr.org or by calling 616-735-HAHA (4242). Packages are priced at three levels and will allow individuals to create customized ticket options for shows before individual tickets go on sale. Packages allow attendees the best seats to the best shows of the festival, and will include access to other perks, such as early access to additional single ticket sales and merchandise discounts. Orders received by December 11 are guaranteed to arrive in time for Christmas gift giving. Individual ticket sales will be available January 10.