Celebrating laughter for the health of it! 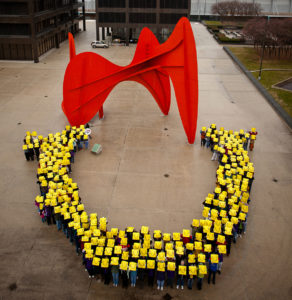 Gilda’s LaughFest, the nation’s first-ever community-wide festival of laughter, has quickly earned a reputation for being one of the nation’s marquee events for both participants and artists. This major Midwest festival is based in Grand Rapids and includes events throughout West Michigan. Created by Gilda’s Club Grand Rapids and launched in March 2011 to celebrate laughter for the health of it, the festival features stand-up, improv, showcases and a variety of seriously funny stuff.

We are serious about our “funny” here. LaughFest brings together a diverse audience of children and adults every March to honor laughter as an essential part of emotional health and wellbeing. And what better time for a laughter festival than when it’s typically cold, icy, and distinctly un-funny outside?

WHO LAUGHFEST HAS FEATURED: